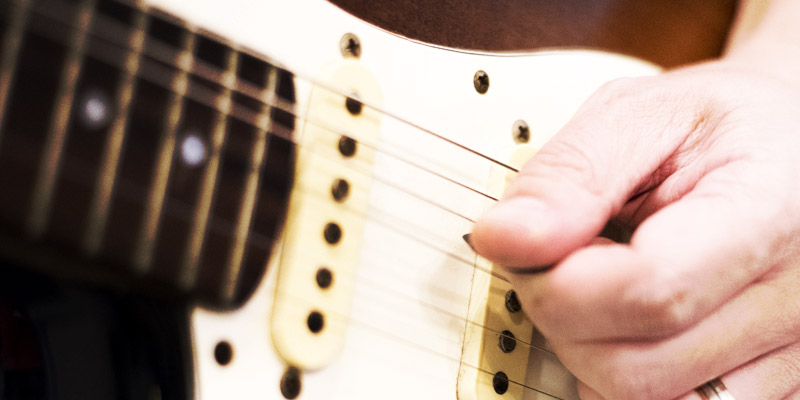 Famous Left Handed Guitar Players – 11 Lefties You Should Check Out

Lefties account for around ten percent of the world’s population, so why aren’t there more famous left handed guitar players? I guess not all left handed people learn to play left handed, instead choosing to learn on a regular righty guitar due to reduced availability of lefty guitars or were just given one as a gift. After all, there are a load more different guitars available for righties, and maybe when they started learning, left handed guitars might have been harder to come by.

There are a number of famous lefties with righty guitars, including Joe Perry of Aerosmith, Mark Knopfler of Dire Straits, Gary Moore, Vinnie Moore, and Steve Morse, among many others.

When it comes to left handed people playing left handed guitars, then there aren’t as many, but there are still quite a few out there worth checking out!

Here are the 11 famous left handed guitarists I think you should definitely check out.

For some famous left handed bassists, check out this page.

Probably one of the most famous lefty guitarists on this list; Jimi Hendrix totally redefined how the electric guitar is played and became one of the most influential guitar players ever. He was known mostly for his bands The Jimi Hendrix Experience, and Band of Gypsies, and he brought a style and flair to his performances that up until then had rarely been seen. He has almost single-handedly made it cool to be a left handed guitarist.

He is known mainly for playing right handed Fender Stratocasters played upside down and strung left handed, but he’s also played guitars such as a Gibson Flying V and a Gibson SG Custom, among others. He was also best known for using mainly Marshall amplifiers, though earlier on in his career he did use Fender amps too.

He is known for using a Höfner 500/1 bass but has also been known to use a Rickenbacker 4001S bass. When playing the guitar for The Beatles, he usually used an Epiphone Casino, and as a solo artist, he often favored a Gibson Les Paul.

This legendary guitarist is known for being one of Black Sabbath‘s founding members, and for being the only constant member of the band for the last fifty years. Tony Iommi and his band are argued by some to have invented Heavy Metal and are one of the most influential bands in the genre.

Unfortunately for Tony, he lost the tips of two of his fingers in a work accident, and almost gave up playing the guitar. Fortunately for us though, he was inspired by Django Reinhardt‘s story to continue playing and ended up making some homemade plastic fingertips! The rest, as they say, is history.

He is best known for playing a variety of Gibson SG guitars.

Hailing from Seattle, Washington, Kurt Cobain is known for being the iconic frontman with grunge pioneers Nirvana, who exploded onto the scene in the early nineties. Nirvana was one of the most influential bands to come out of the nineties.

Cobain is known for playing a Fender Jaguar or a Fender Mustang but was also seen playing Fender Stratocasters and Telecasters too, among others. For Nirvana’s MTV Unplugged in New York performance, Cobain used a right handed Martin D-18E converted for lefty use.

He is endorsed by Manson Guitar Works and usually plays his signature T-Style Manson guitar.

American Blues guitarist and singer Albert King was born in the Mississippi Delta and was known as one of the three Kings (himself, B.B. and Freddie), and at one point he even claimed to be B.B.King‘s half brother. Interestingly, he played upside-down right-handed guitars, without re-stringing them the usual left-handed way, and instead played with the thicker low-E string at the bottom of the guitar.

Albert King was known for playing a Gibson Flying V.

Dick Dale was known as The King of Surf Guitar! He is known for his rapid alternate picking technique along with the use of non-Western scales. He was known for playing a Fender Stratocaster. Another lefty playing his guitar strung righty.

He was well known in the sixties and eighties, however, it was in 1994 when his song Misirlou was used by Quentin Tarantino on his film Pulp Fiction, that he found an even wider audience.

Eric Gales is another southpaw guitarist who plays upside-down righty guitars strung the right handed way. He is a blues-rock guitarist from Memphis, Tennessee, sometimes known by his nickname Raw Dawg!

Chicago bluesman Otis Rush was born in Philadelphia, Mississippi, and known for his powerful, emotive and soulful voice. A big influence on players such as Eric Clapton and Jimmy Page, with Stevie Ray Vaughan naming his band after Rush’s song Double Trouble.

Like Albert King, he also played his guitar strung the same as a righty would, with the low-E string nearest to the floor. He was known mainly for playing a Gibson ES-335.

Zacky Vengeance was born in Olympia, Washington, and is the rhythm guitarist and founding member with metal band Avenged Sevenfold. He is endorsed by Schecter Guitar Research and has had a number of his own signature model guitars based on the Schecter S-1.

Courtney Barnett is a Grammy and Brit Award nominated Australian singer-songwriter. She is known mainly for playing Fender guitars, including a Stratocaster, Telecaster, and Jaguar, and notably, she doesn’t use a pick.

So there are my eleven famous left handed guitarists to check out; chances are many of you will already have heard of at least some of them before, but the others are worth having a listen to as well if you haven’t already. Some others you may care to listen to include:

Famous Left Handed Bass Players – 11 You Should Check Out