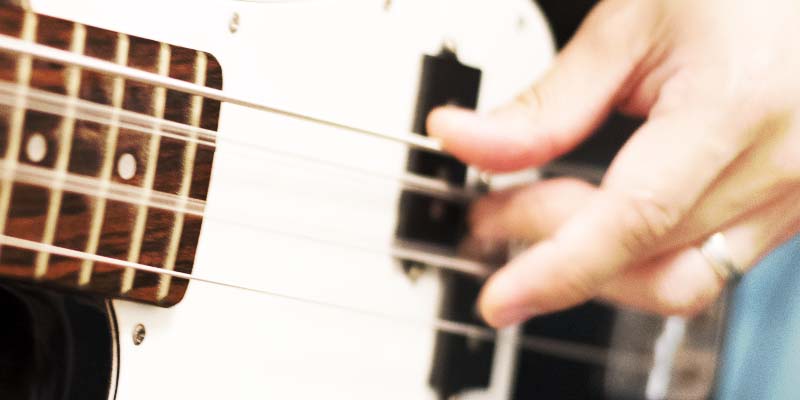 Famous Left Handed Bass Players – 11 You Should Check Out

When I first thought about making a list of famous left handed bass players, I could only think of a handful. There seems to be fewer lefty bassists around than there are lefty guitarists, but here are a few I think you might know.

Please note: Some of the links on this page are affiliate links, and if you buy anything after clicking through them, I may get a small commission at no extra cost to you. Thanks so much if you do!

Here are the 11 famous left handed bassists, kinda ordered in how well known their respective bands are; I think you should definitely check ’em out.

Possibly the most famous lefty bass player ever, perhaps known more for his songwriting talent than dexterity on the bass, though that doesn’t mean he’s not a good bassist!

He is one quarter of possibly the most well-known and influential band ever; Wings!

Just joking! The Beatles of course!

McCartney doesn’t just play bass; he’s a multi-instrumentalist and is known to also play guitar, piano/keyboards, drums, and harmonica, among others.

Founding member of the Grammy Award-winning metal band Slipknot, Paul Gray was also known as #2, his number in the band, and The Pig (referring to the mask he used to wear).

Paul was one of Slipknot’s chief songwriters, helping propel them to great popularity, and achieving platinum-selling albums.

Sadly, Gray passed away from a morphine overdose in May 2010.

Wilson hails from Scotland, though the rest of the band are from Northern Ireland. Having been a long-time friend of the band, Paul Wilson joined Snow Patrol after his predecessor Mark McClelland departed from the band, allegedly over creative differences.

They are best known for their song “Chasing Cars“, which gained popularity in the USA after appearing on TV shows One Tree Hill and Grey’s Anatomy.

He is known to play both a Rickenbacker 4000 and a 4003 bass but has been known to play a Fender Jazz bass too. He can also play the piano, guitar, and drums.

Ed Gagliardi was played bass with Foreigner from their early days and played on the first two albums, Foreigner (1977) and Double Vision (1978), going five times and seven times platinum respectively.

He was naturally right handed, but played left handed out of respect to lefty Paul McCartney!

He was fired from the band in 1979, due to creative differences.

While he was with the band, Foreigner had hits with “Cold as Ice” and “Feels Like the First Time“, among others.

Of course, they are probably more well-known for their songs “I Want to Know What Love Is“, and “Waiting For a Girl Like You” which were released after his departure from the band. They have sold more than 80 million records worldwide!

He was known to play Rickenbacker basses.

Robbie Merrill is a founder member and bass player for Massachusetts Rock / Metal band Godsmack. He mainly plays in Drop-D or Drop-C for most Godsmack songs.

Interestingly, Merrill plays left handed, as he is unable to use the middle finger of his left hand, due to a birth defect, so he has to use his right hand to fret, and left hand to pluck or slap.

Before joining the band, Merrill was a carpenter, and funnily enough, so was Godsmack guitarist Tony Rombola! The name The Carpenters had already been taken though, so they called themselves Godsmack! 😛

Godsmack have had three consecutive number-one albums on the Billboard 200. They have had much success, and in celebration of this and the release of their sixth studio album, 1000hp, Mayor Marty Walsh, named August 6 “Godsmack Day” in the city of Boston!

Mark White is known for his funky style, and for being the bassist for the nineties Alt-Rock band Spin Doctors.

The Spin Doctors are best known for their hits, “Little Miss Can’t Be Wrong” and “Two Princes“, released in 1992 and 1993 respectively.

White appeared alongside his bandmates when they made an appearance on Sesame Street, rewriting the lyrics of “Two Princes” to illustrate how important cooperation and sharing are!

White played a custom Fender Jazz Bass while with the Spin Doctors. He also plays an Ibanez ATK and an Ernie Ball Music Man StingRay bass.

Ken Casey is one of the main songwriters and founding member of Celtic punk band Dropkick Murphys. Dropkick Murphys are probably best known for their song “I’m Shipping Up to Boston“, which featured in the Oscar-winning movie “The Departed“.

He’s the only original member still in the band.

Casey is an ardent charity worker, supporting many causes over the years. He’s also an astute businessman, owning a sports bar and a restaurant in Boston, MA, and also owns a boxing promotion company; Murphys Boxing.

Above is Devo performing “Uncontrollable Urge“, however, they are best known for their song “Whip It“, but Jerry Casale doesn’t play bass on that song; he plays a synth.

Devo’s classic lineup consisted of two sets of brothers; Mark and Bob Mothersbaugh (and other brother Jim for a short time), and Gerald (Jerry) and Bob Casale, along with drummer Alan Myers.

Jerry Casale is one of the main writers / composers of Devo’s music and was director of most of their music videos.

He also had a solo project in 2005 called Jihad Jerry & the Evildoers.

Casale has used various basses over the years, including a Gibson Ripper with its horns sawn off! He also used a right-handed Steinberger L-series bass, played upside down.

It was during “The British Invasion” back in the sixties, that Herman’s Hermits first found fame. Possibly best known for their chart debut, a version of the Goffin and King song “I’m Into Something Good“, Herman’s Hermits had many hit songs throughout the sixties and were one of the most successful of these British bands, after The Beatles.

Karl now has his own band, The Karl Green Band, his first solo project since retiring from Herman’s Hermits.

Bass player for the second Celtic Punk band on this list; it’s Nathen Maxwell of Flogging Molly, who joined in 1996; three years after their inception.

Best known for their song “Drunken Lullabies“, Flogging Molly are so-called because of the Los Angeles bar they used to play every Monday night, Molly Malone’s. Before he joined the band, Maxwell would sneak in through the back door of the bar to see his favorite band play, so naturally, he was thrilled when they asked him to join.

Nathen Maxwell is a longtime player of the Ernie Ball Music Man StingRay bass, among others.

When I was sixteen, there was this dance tune that was big in the charts and big in the clubs; “Ain’t No Love (Ain’t No Use)” by Sub Sub. I quite liked this track at the time, but it was many years later that I found out that the British band Doves used to be Sub Sub.

It was after a fire at Sub Sub’s studio that the band decided on a change of direction. They dropped their dance music style and chose to bring in more traditional band instruments for Doves sound; the good old guitar, bass, and drums.

At the time of writing, they have had two UK number one albums, their second album The Last Broadcast, and their third, Some Cities.

As of 2010, Doves went on hiatus, and in the meantime, Jimi Goodwin released his first solo album Odludek in 2014. By 2019, the band had reformed and performed a few gigs, followed by some new material in early 2020.

So there are my eleven famous left handed bass players to check out; I’m sure you can agree that they play for some pretty famous bands, and some of them are well-known in their own right.

Some others you may care to listen to include:

There you have it; my top 11 famous left handed bass players, plus a few honorable mentions. If there are any others that you’re a fan of or think people should know about, please comment below!

Famous Left Handed Guitar Players – 11 Lefties You Should Check Out